they were arraigned on an eight-count charge bordering on conspiracy, diversion of public funds and money laundering to the tune of N179, 800,000.00 (One Hundred and Seventy-nine Million, Eight Hundred Thousand Naira).

The defendants: Yemi Akinwunmi, Atiba Dickson and Ogunmodede Oladayo were alleged to have collected the slush funds from a former Minister of Petroleum Resources, Diezani Alison-Madueke, in the build-up to the 2015 presidential election.

Investigations revealed that the money was disbursed through Fidelity Bank Plc to some chieftains and members of the Peoples Democratic Party, PDP, as well as some retired staff of INEC in Ogun State in order to compromise the 2015 general elections.

One of the counts reads:-

“That you, Yemi Akinwunmi, Dickson Atiba and Ogunmodede Oladayo, sometime in March, 2015 in Nigeria within the jurisdiction of this Honourable Court, conspired amongst yourselves to directly take possession of the sum of N179,800,000.00(One Hundred and Seventy- nine Million, Eight hundred Thousand Naira), which sum you reasonably ought to have known forms part of the proceeds of fraud and you, thereby, committed an offence contrary to Section 18(a) of the Money Laundering (Prohibition) Act 2011 as amended and punishable under Section 15 (3) and (4) of the same Act.”

The defendants pleaded not guilty to the charge preferred against them. In view of their pleas, the prosecution counsel, Nnaemeka Omewa, asked the court for a trial date and also prayed that the defendants be remanded in prison custody.

However, counsel to the defendant, Ayo Ogungbesan, moved an oral application for bail on behalf of his clients.

In refusing the bail application, the judge held that the defence counsel must make a formal application for bail on behalf of his clients.

Consequently, Justice Hassan adjourned the matter to August 6, 2018 for hearing of the bail application and ordered the defendants to be remanded prison custody. 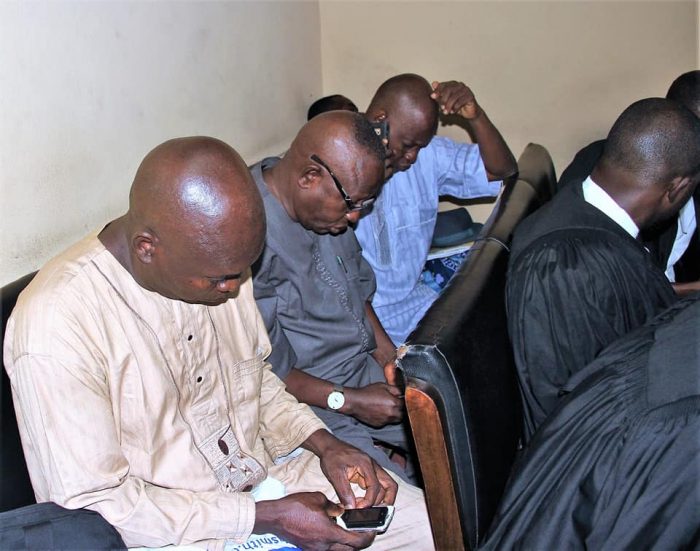 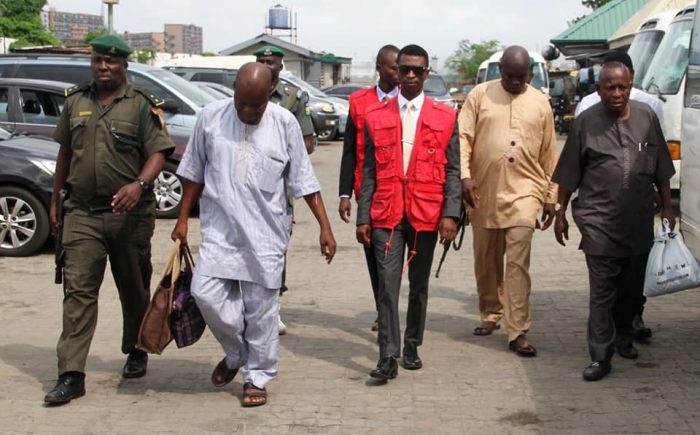 My re-election a done deal – el-Rufai